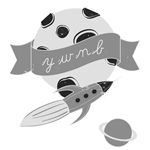 You Will Not Believe Tours makes comedy (and mostly fake!) audio walking tours of real places.

This Hollywood tour has been created by Todd Waldman & Matthew Latkiewicz.

Todd Waldman is a writer/producer living in Los Angeles, California. He is most proud of the work he's done with the comedy group Summer of Tears. In addition to Summer of Tears he has written for the show Happy Endings and the MTV program Zach Stone Just Wants To Be Famous. This is the second time he has collaborated with Matthew Latkiewicz. The first being the time he got drunk and relayed a graphic story about stabbing Jesus Christ to death. Todd is Jewish and is starting to believe in monogamy.

Matthew Latkiewicz writes about drinking and other subjects for McSweeney's, New York Magazine, and The Magazine. His first book, *Drinking, A Manual* will be published in the spring of 2014.
1 TOURS 1 PLACES 2 RATING