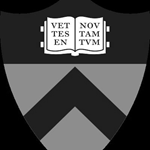 As part of the Campus Iconography Committee (CIC), the Princeton History Working Group (PHWG) works to create visual cues on campus that tell nuanced interpretations of Princeton University’s history. PHWG’s work brings to light some of the University’s lesser-known histories in order to build a more complete narrative of Princeton’s past.

Reintroducing complexity and nuance regarding race, gender and other identities into the narrative history of Princeton can help Princeton become a more inclusive place for members of the University community.

PHWG is an interdepartmental advisory group composed of students, staff and faculty, and collaborates with a number of University centers, departments and offices, as well as community organizations and partners. PHWG initiatives include both temporary and permanent projects. They take a variety of forms, including exhibits, historical markers, walking tours and orientation programming.
5 TOURS 1 PLACES 5 RATING