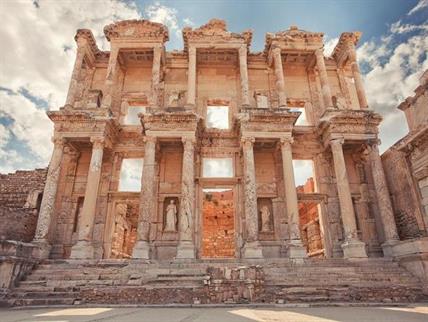 entrance of the city 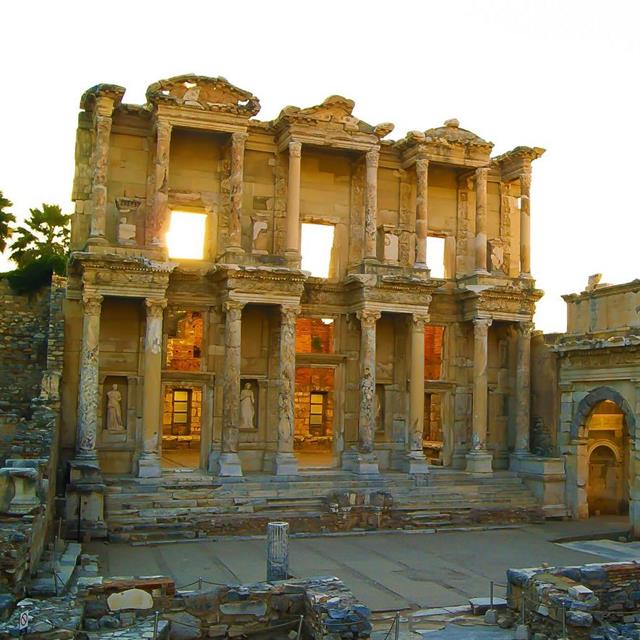 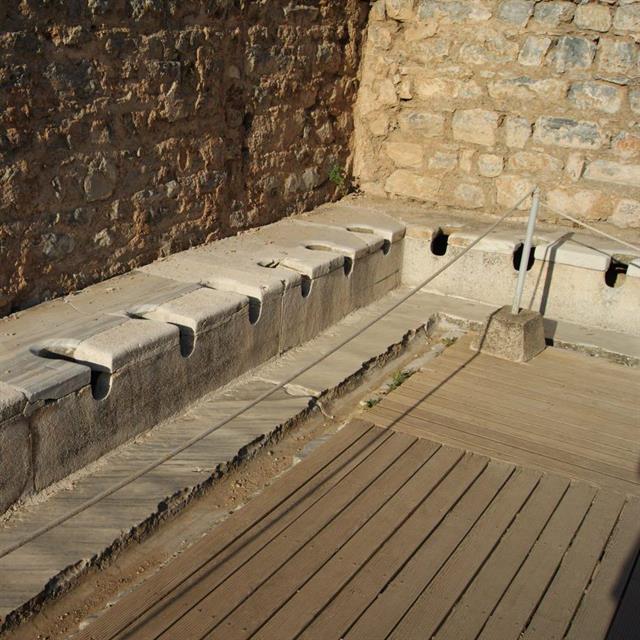 They were part of the Scholastica Baths and built in the 1C AD. 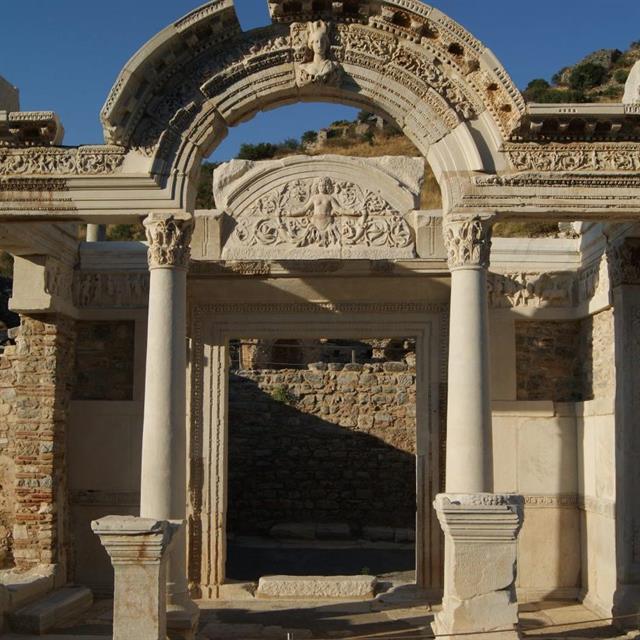 the temple of hadrian

Temple of Hadrian is one of the best preserved structures on Curetes Street. 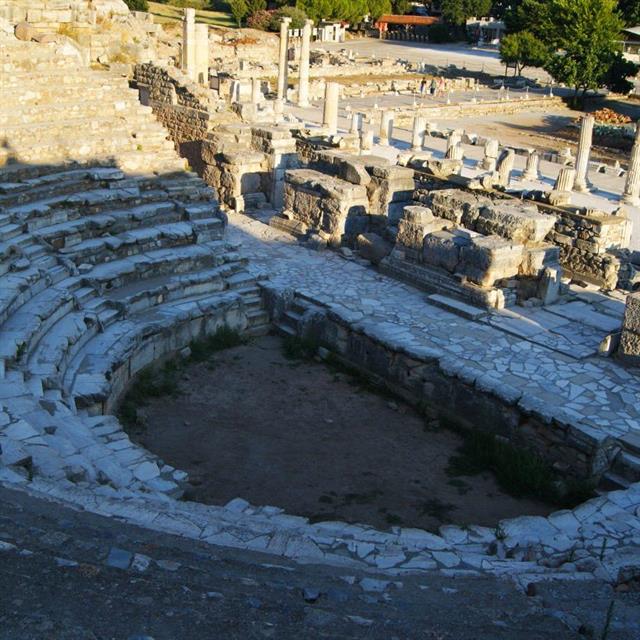 shaped of a small theatre with the stage building, seating places and the orchestra.

Professional Tourist Guide
I'm bachelor of Tourism Guiding. I have learnt all old cultures lived in Anatolia during the ancient times and nowadays. But its not easy to say knowing all destinations very well for me. I'am specialist of Cappadocia, Aegean and Asia Minor cultural destinations. I have started my job about 6 years ago. But i constantly read books about cultures, religions, histories and destinations. I’m trying to learn everything about human character. I have seen too many city from my country. I have came across with all cultures and traditions. I'm of course not connoisseur of human nature but i know characters entire of my country. I also like reading novels. Fathers and Sons is the most excellent and fascinating book for me. It’s a great novel about father and son relationship.It changed to many things about me and my perspective. I used to play volleyball for 3 years. I like running and swimming as well. I like horseback riding. I do exercise almost everyday. I’m not smoker and alcohol drinker.
View profile

Ephesus is one of the best and well-preserved classical ancient city on the Mediterranean, and perhaps the best place in the world to get the feeling for what life was like in Roman times. As a strategic coastal gateway to the Eastern World, this Ionian refuge grew to be the second largest city in the Roman Empire, the site of a Christian shrine, and one of the seven wonders of the ancient world. Legend has it that the Virgin Mary, accompanied by St. Paul, came to Ephesus at the end of her life,circa 37-45 AD.